When you visit this website, it may store or retrieve information on your browser, mostly in the form of cookies. This information might be about you, your preferences or your device and is mostly used to make the website work as you expect it to. The information does not usually directly identify you, but it can give you a more personalized web experience. Because we respect your right to privacy, you can choose not to allow some types of cookies. Below is a list of different categories of cookies that may be set and that you can freely change. However, blocking some types of cookies may impact your experience of the site and the services we are able to offer.

5 STEPS TO CHANGE YOUR JOB SUCCESFULLY

Switching a job takes some planning and a little bit of courage, but it can open a whole new career path.

Cybercom’s Cloud Solution Specialist Antti Vuoti and Client Managers Niko Ahola and Henri Parkkonen took a leap of faith and became Makers of tomorrow. None of them regret it – despite starting their new job in the middle of coronapandemic.

Here are the things they took in consideration before changing their jobs.

1. TAKE YOUR TIME TO THINK

When Cybercom reached out to Antti Vuoti for the first time, he wasn’t sure if he was ready to change his job. They agreed to talk again after a few months.

“The idea started to grow on me when I had a chance to process it at my own pace.”

Eventually he continued the discussion with Cybercom and realized he was interested.

“This was the right moment for me. I wanted some changes in my life”, he said.

Henri Parkkonen thinks it’s important to slow down and think what you really want from life. But you should also trust your gut.

“Eventually you have to make a decision. Otherwise you might be stuck with what-ifs for years.” 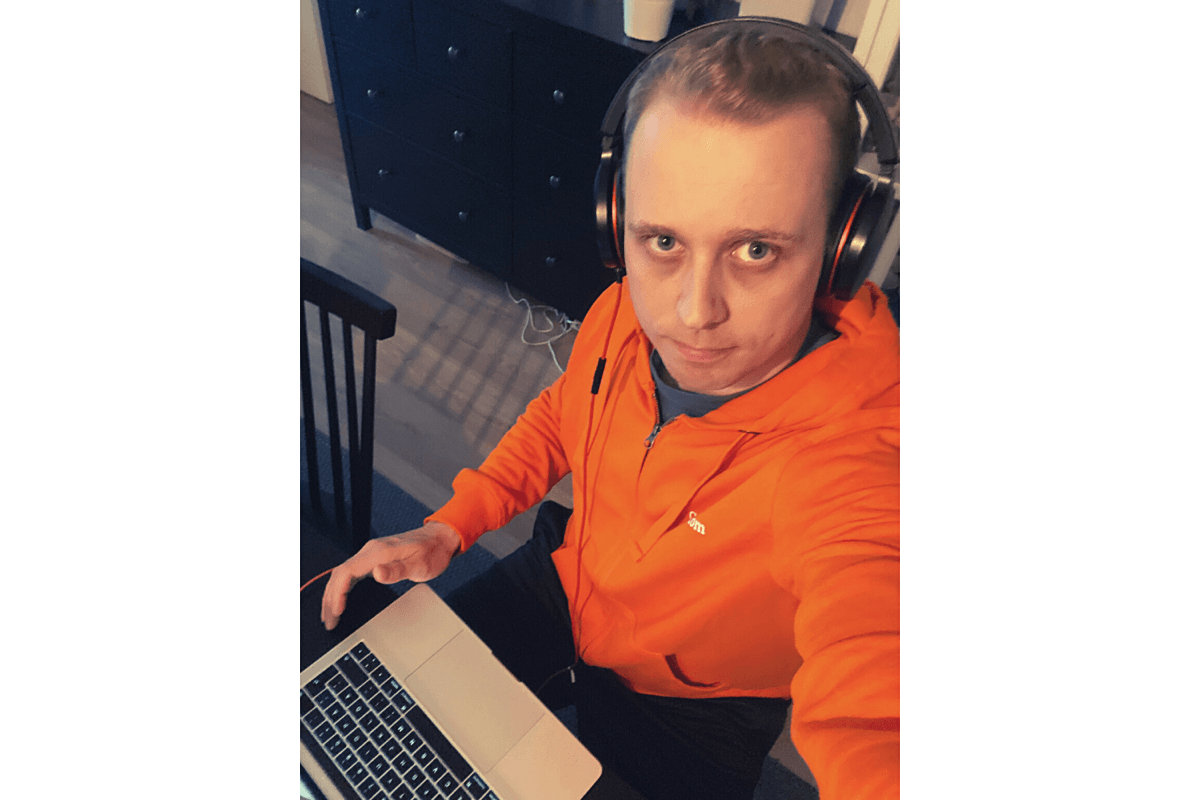 Eventually you have to make a decision. Otherwise you might be stuck with what-ifs for years.

2. GET TO KNOW THE COMPANY

Niko Ahola heard about Cybercom when his friend shared an open position as Cybercom’s Key Account Manager on Linkedin. He got interested and asked his friend for a lunch to discuss Cybercom.

“I wanted to make sure the job wouldn’t be like the one I had. why switch employees if nothing changes? I also wanted to know what the work culture was like – I don’t like being micromanaged.”

Antti wanted to see Cybercom’s office and meet some future co-workers before deciding to take the job. He thinks that talking on the phone or reading from the web doesn’t give full picture of the workplace.

“When I came into the office, I got a good feeling. Once we had discussed more about my position, I could say that they closed the deal.”

It’s normal to think twice about giving up the benefits or status you worked hard to achieve in your previous firm.

3. TAKE THE LEAP OF FAITH

Leaving old behind and starting something new is always a bit scary. Not the least to Henri, who was moving 500 kilometers from Joensuu to Helsinki where one of Cybercom’s office is located. Just before his moving day the borders to Helsinki closed due to coronavirus.

“I was pretty stressed up, but everything worked out great. The officials at the border just wished good luck with the moving.”

It’s impossible to know if you made the right decision until you had started at your new job. Niko believes that the fear comes from uncertainty.

“It’s normal to think twice about giving up the benefits or status you worked hard to achieve in your previous firm.”

Before changing their jobs Antti, Henri and Niko all realized that they wanted more challenge. They had spent years in the previous jobs and felt like they couldn’t really learn more.

“I know now that if you’ve started to think that your job is not what you really want, it’s better to try something else”, Niko says. 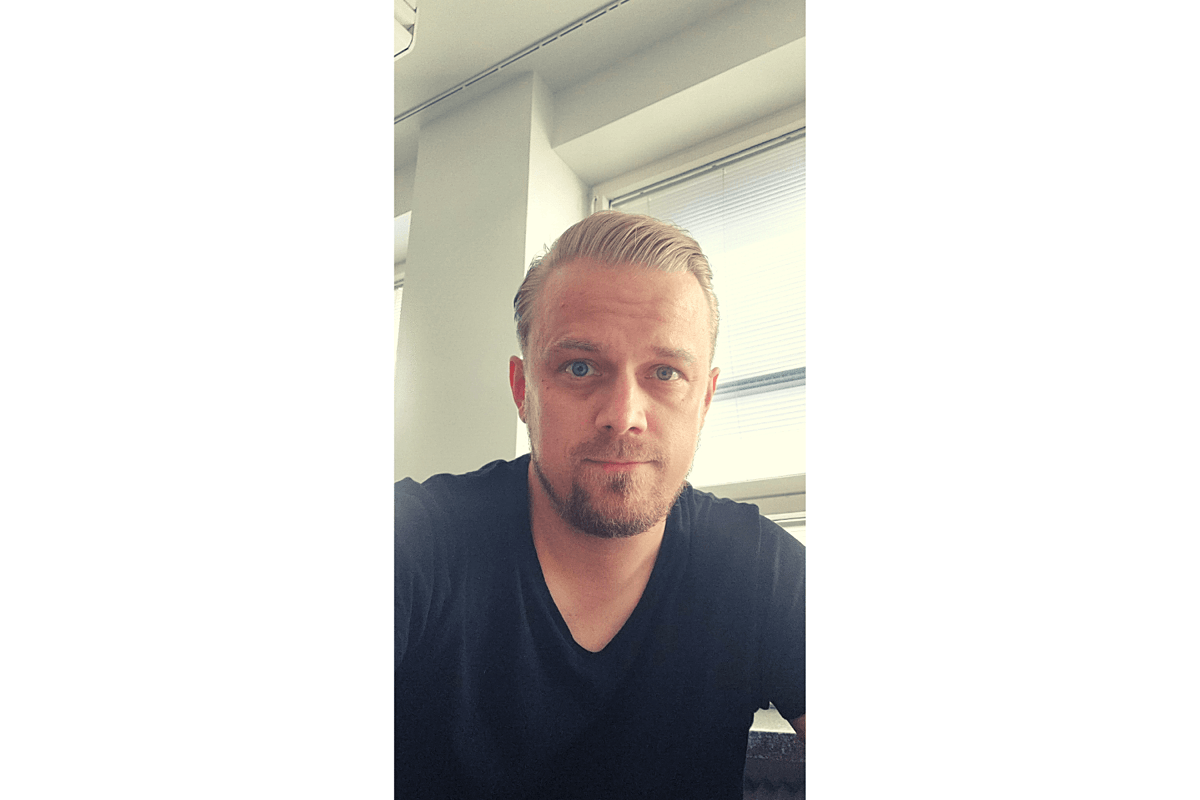 I’ve gotten those challenges I was longing. Usually it takes a while before the work really gets started but in Cybercom it happened quicker.

4. PREPARE TO START OVER

Let’s face it: at some point everyone is a newbie at their workplace. Henri was working in a smaller company with a director’s title. In Cybercom his position is quite different.

“I reminded myself that I’m new and others are in charge now. It’s important to be open for learning and to be humble.”

After a while he realized that the way things were done in Cybercom was better than what he was used to.

“They’ve even asked for my advice from my old job”, he says.

All the new employees have gotten digital introduction to their work because of the coronapandemic. Same goes with meeting colleagues. Daily virtual coffee breaks have offered moments for chit-chat, but Niko, Henri and Antti can’t wait to meet others face to face.

“I’m planning to meet some co-workers on a golf course. Now the office is starting to open up again and I’m really looking forward to have that social aspect to my work”, Niko says.

I know now that if you’ve started to think that your job is not what you really want, it’s better to try something else.

There’s one thing Antti, Niko and Henri agree upon: changing their jobs has been a great step professionally.

“The biggest leaps on your career, especially if you’re working on IT, will happen when you change your job”, Antti says.

After only working for a few months they are all fully busy with their customers.

“I’ve gotten those challenges I was longing. Usually it takes a while before the work really gets started but in Cybercom it happened quicker.”

Henri thinks that it’s always good to change your surroundings from time to time – whether it’s a job or a home.

“It gives new kick to your life”, Henri says.

I’ve gotten those challenges I was longing. Usually it takes a while before the work really gets started but in Cybercom it happened quicker.

Take a leap of faith and connect with us!